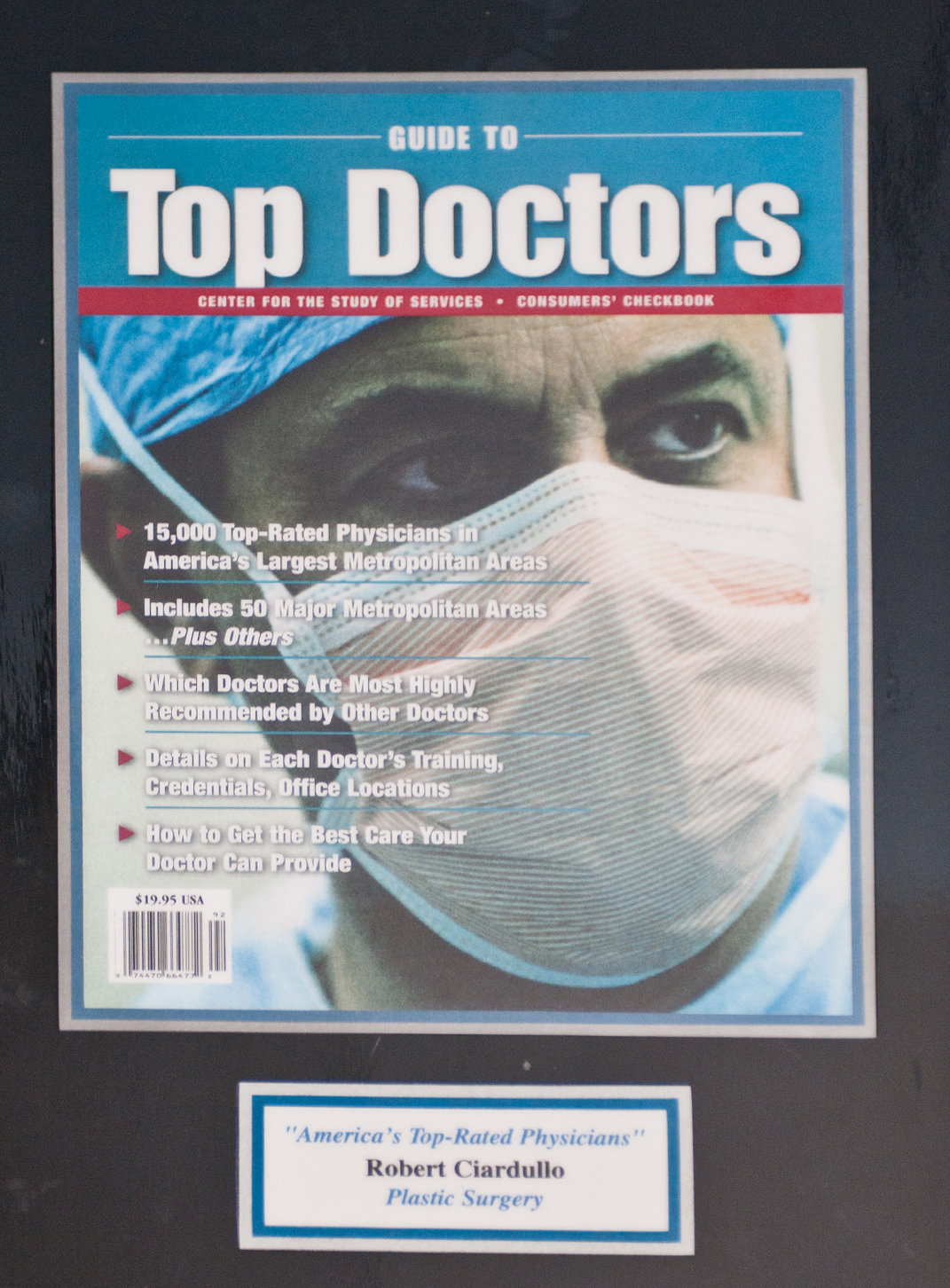 Dr. Ciardullo graduated from Vassar College summa cum laude, with a rank of second in his class of 650 He then attended Johns Hopkins medical school which is usually ranked the number one medical school in the country. He graduated second in his class of 127 students. Dr. Ciardullo was ranked number one in the nation on Columbia Presbyterian‘s internship/residency match system. He did his general surgery training at Columbia Presbyterian in New York City. He completed his plastic surgery training at Cornell – New York Hospital in New York City. During his early surgical years, his first interest was cardiovascular surgery, a field in which Dr. Ciardullo published approximately a dozen original research papers. His interest turned to plastic surgery which he has practiced for the past 35 years and received his board certification shortly after completing his residency. Over the years his practice evolved from general plastic surgery of the face and body to a concentration of plastic surgery of the face. It then further evolved to surgery of the nose.

Dr. Ciardullo now limits his surgery to surgery of the nose. Dr. Ciardullo has performed nearly 5000 nasal surgeries in his career. His specialty is Closed Rhinoplasty. His primary emphasis is on beauty, but if a patient seeking rhinoplasty also has a nasal airway obstruction (which occurs in approximately 40% of cases) he has a large experience addressing this along with the rhinoplasty at the time of surgery.