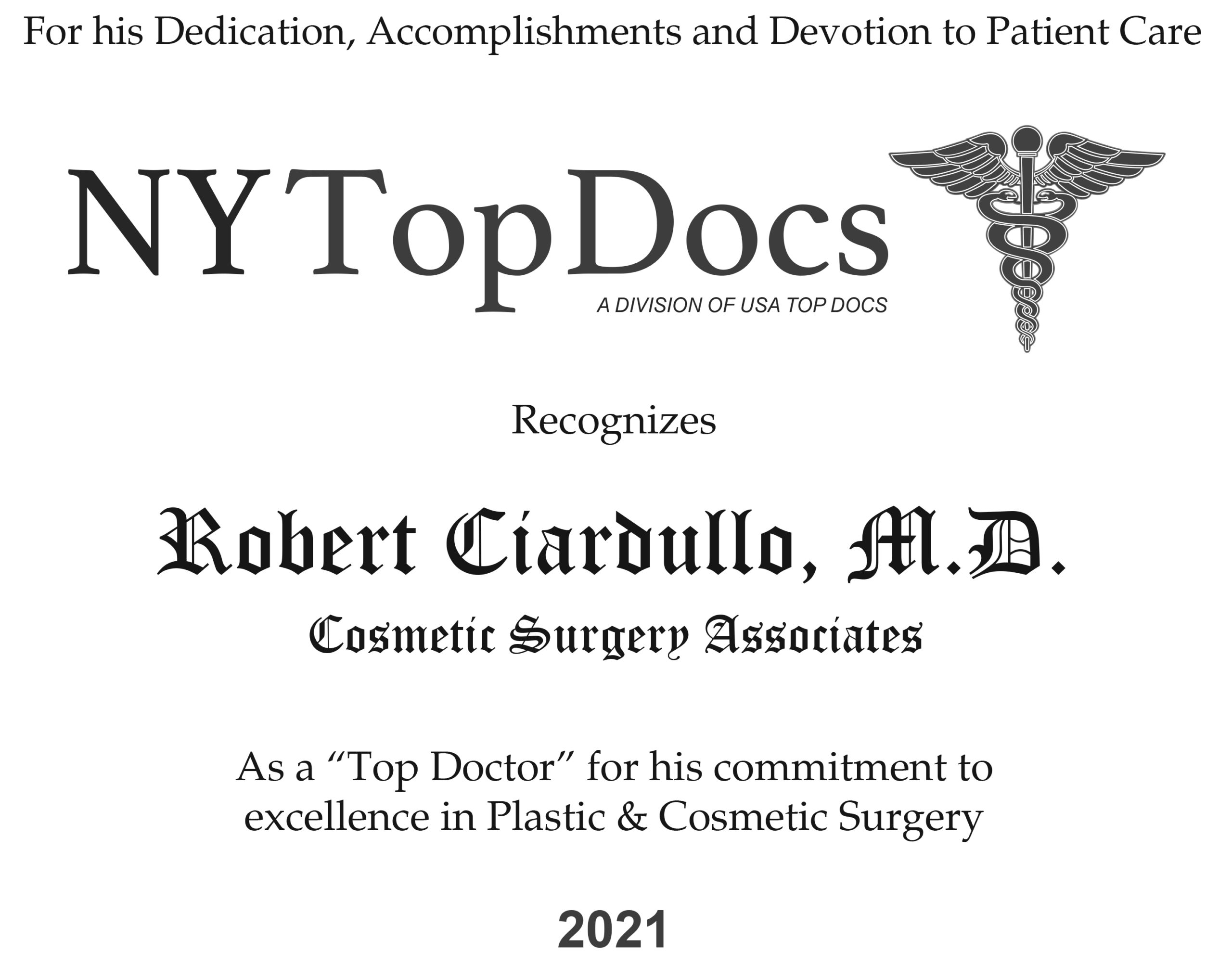 Dr. Ciardullo attempts to maintain a boutique-style practice. All patients are treated on a personal, one on one basis by Dr. Ciardullo, the anesthesiologist, the nurses, and the staff. Dr. Ciardullo reminds himself before each case that the patient is placing his or her face in his hands. He also realizes that many patients come from across the country and overseas. He realizes that this is a tremendous vote of confidence and does his utmost best to earn that trust by giving each case is maximum effort and maintaining a strong personal interest in the outcome and satisfaction of every patient.

Second, only to patient safety, the most important principle that Dr. Ciardullo follows is a philosophy that all results must appear somewhat natural. He bases every procedure around this philosophy which has earned him the amazing reputation he has today. This is particularly important with nasal surgery. The ideal rhinoplasty is one that is not only a beautiful nose but one which looks like it belongs on the face, as though the patient was born with it. His favorite type of patient is someone who is otherwise attractive but has a nose that is too large and out of harmony with the rest of the face. A rhinoplasty in such a patient often results in a dramatic sometimes breathtaking transformation, which results in a large uptick in self-esteem and confidence.

Dr. Ciardullo is proud that many of his patients even with fairly dramatic changes appear natural enough that many people do not realize that they had a rhinoplasty. They are regularly asked if they lost weight or did they get a new hairstyle, or have a vacation since they really look great. But it is difficult to tell why they look so good if the nose is not only beautiful but somewhat natural. Dr. Ciardullo will discuss the aesthetic goals of the surgery with the patient in detail prior to surgery since these goals may vary somewhat. Some prefer an understated “natural“ look while others prefer A smaller, cuter, more girly look. Dr. Ciardullo will discuss these goals and any limitations a patient might have in relation to their own particular anatomy. Communication between the patient and surgeon is the most important pre-surgical issue.